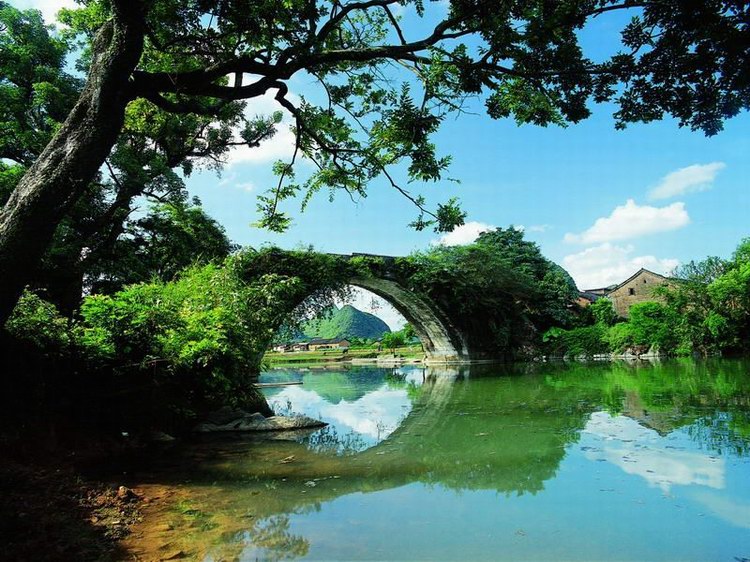 Yulong Bridge was built in Yongle Period Ming Dynasty. It is a stone bridge with a length of 36 meters, a width of 4.2 meters and a height of 9 meters. Expressing a magnificent feeling, Yulong Bridge is in a simple style but featured minority characters.

Yulong Bridge is located in the Yulong River Scenic Area. Without any man-made attractions, this area is the largest natural landscape garden. Yulong River is one of the international natural heritages popular with people from all over the world.

► Legend of Yulong Bridge
It is said that a student who needed to take exam in the ancient capital of China, When he came to Yangshuo, he was blocked by a river which now is known as Yulong River. He prayed a bridge to go across this river for going ahead to the examination without any delay, and promised to build a bridge if he could join in the exam timely.. God was touched by his honesty, and them, a dragon appeared in the river to help this student. Finally, he got the No. 1 in the national examination and built up this bridge last. And according to this legend, this bridge got its name Yulong River (“Yulong” means meeting the dragon in Chinese).